The domestication of animals began during the Neolithic era 10.000 years ago. Human civilization before that depended on the hunt of wild animals. The domestication of animals changed the way of human life forever. With domestications, human societies were able to settle down in permanent settlements creating the first cities. Humans also started to worship animals, since they depended on them for food and other products. The ancient Egyptians were well known for their worship of animals. Most of their gods could transform into animals, for example, Bastet the goddess of the home was a cat. Below we shall see how many animals of the Farma of Rhodes were domesticated. 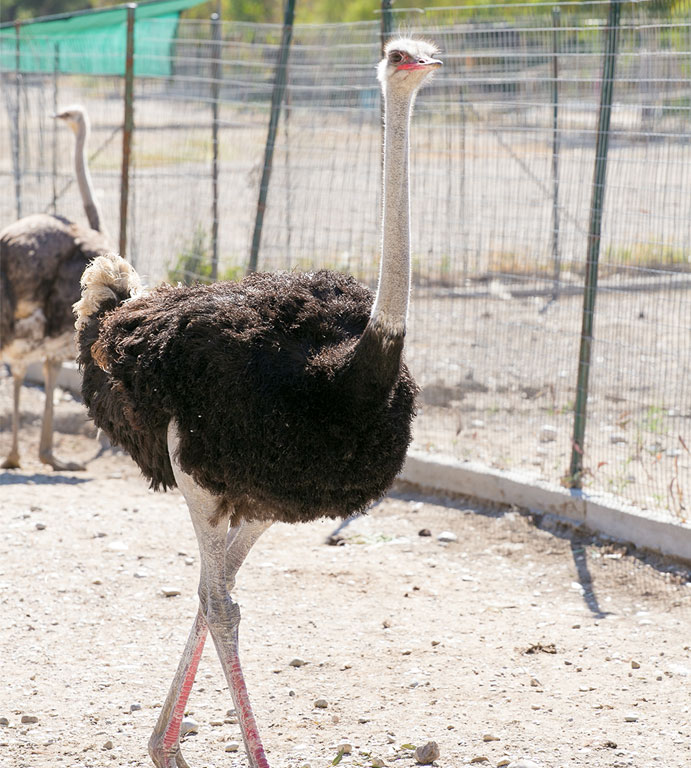 In the ancient era, ostriches were kept at the gardens of the ancient kings as pets. The ancient Babylonians used Ostriches for their eggs and feathers as well as a sign of wealth and prestige. Ostriches were domesticated in South Africa during British rule in the 19th century. Ostrich feathers were commonly used as a fashion item in Victorian-era fashion. Increasing demand for this exotic item made South African farmers and the British governors of South Africa domesticate ostriches. 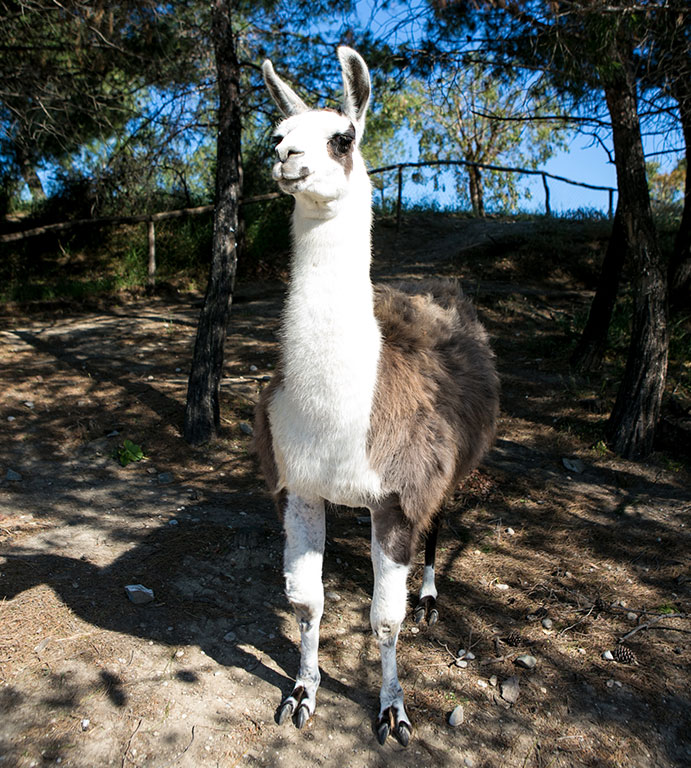 Llama is the descendants of the wild Guanacos. Llamas were first domesticated in the Puna region of the Peruvian Andes 6000–5500 years ago. The Inca used the Llama as a means of transportation in South America, from Colombia to Chile. Llamas were also used for their meat hides and fuel from their dung. The Inca developed specialized breeding techniques, that allowed them to breed Llama with specific colored pelts. These animals were used as sacrifices to different gods, depending on their colour. 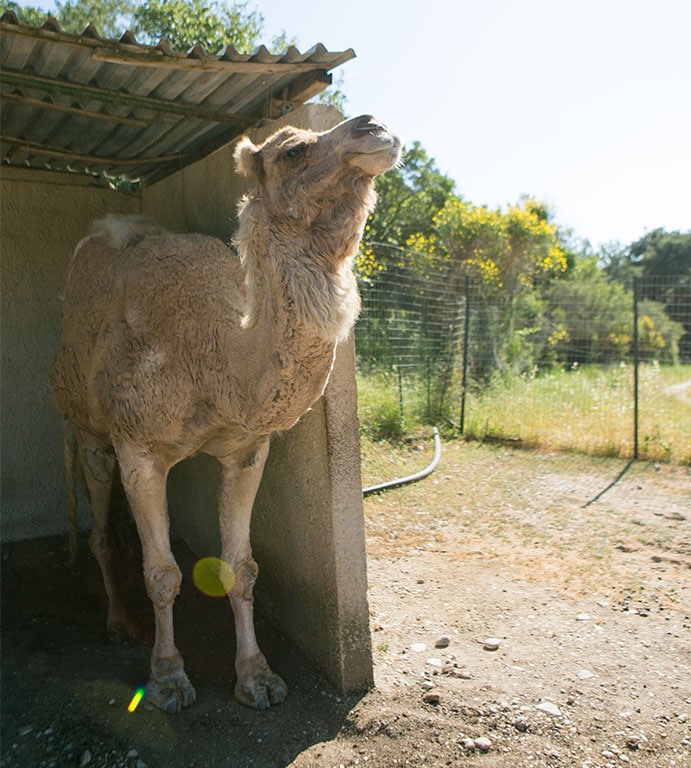 Camels were domesticated both as a means of transportation through the desert as well as their meat, milk, and skin. They were also used in the military instead of horses. Camels were first domesticated in southern Arabia around 3000 BCE. Most of today’s 13 million domesticated dromedaries and roughly 97 domesticated breeds are in India and the Horn of Africa. 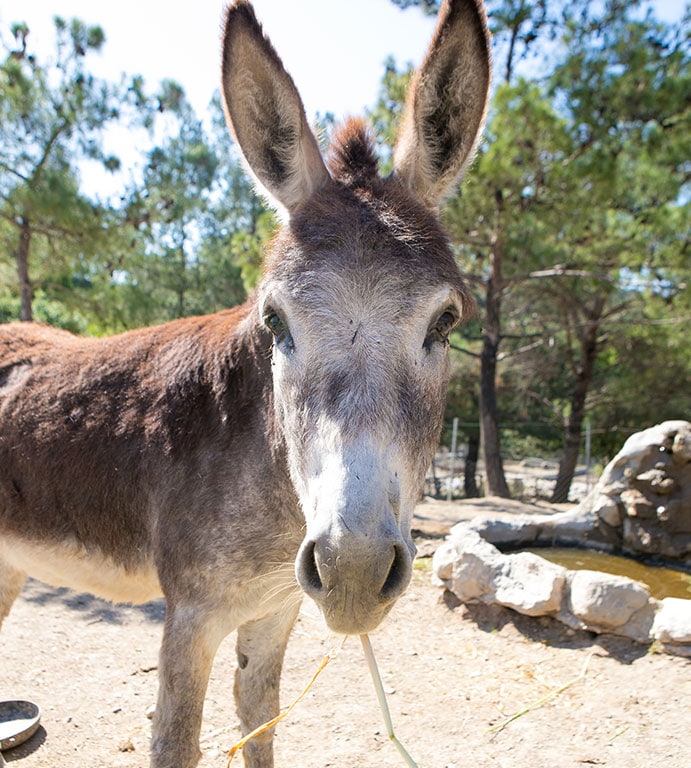 The domestication of the donkey was crucial for the development of ancient civilizations. Donkeys originate from Africa, with the first findings of its domestication found in Egypt 5000 years ago. Donkeys were an excellent source of transportation during the ancient time and their patient nature made them ideal for domestication. With the use of donkeys, ancient cities could transport goods from one place to another aiding their growth. 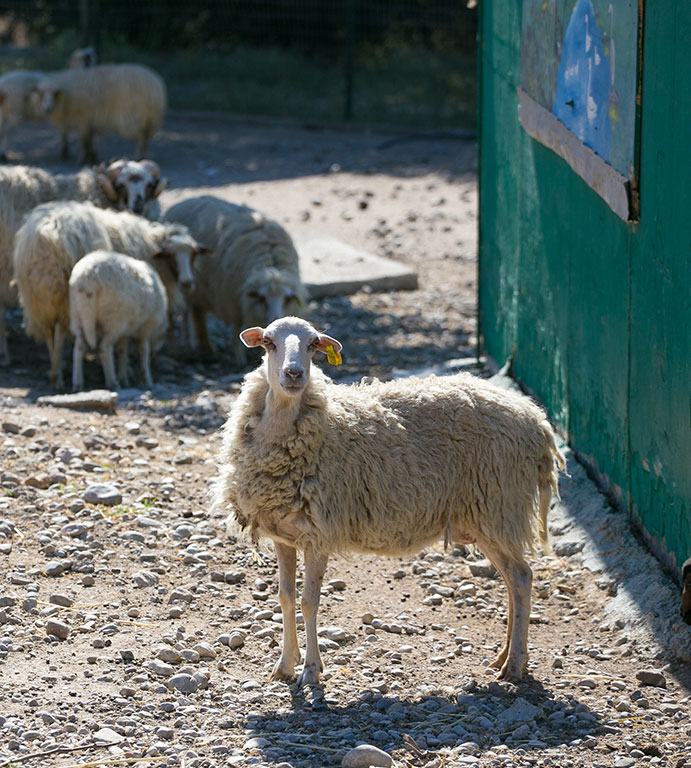 Sheep were domesticated between 11,000 and 9,000 BC in ancient Mesopotamia. Sheep originate from the wild mouflon, another animal you can find in the Farma of Rhodes. Sheep as well as dogs were the first animals to be domesticated by humans. Sheep are used for their meat, milk, and skins.

In the Farma of Rhodes, you can find many of these animals and much more! Visit Farma of Rhodes and live an incredible interactive experience! Pet, feed, and play with the animals of the Farma and create great memories!

2 weeks ago
2 months ago

The island of the Knights has many wonders to behold and uncover throughout its expanse.

In Greek Cuisine, the authenticity and freshness of the ingredients are kings. Greeks put their own enthusiasm and ‘meraki’ on their food, creating delicious traditional recipes.